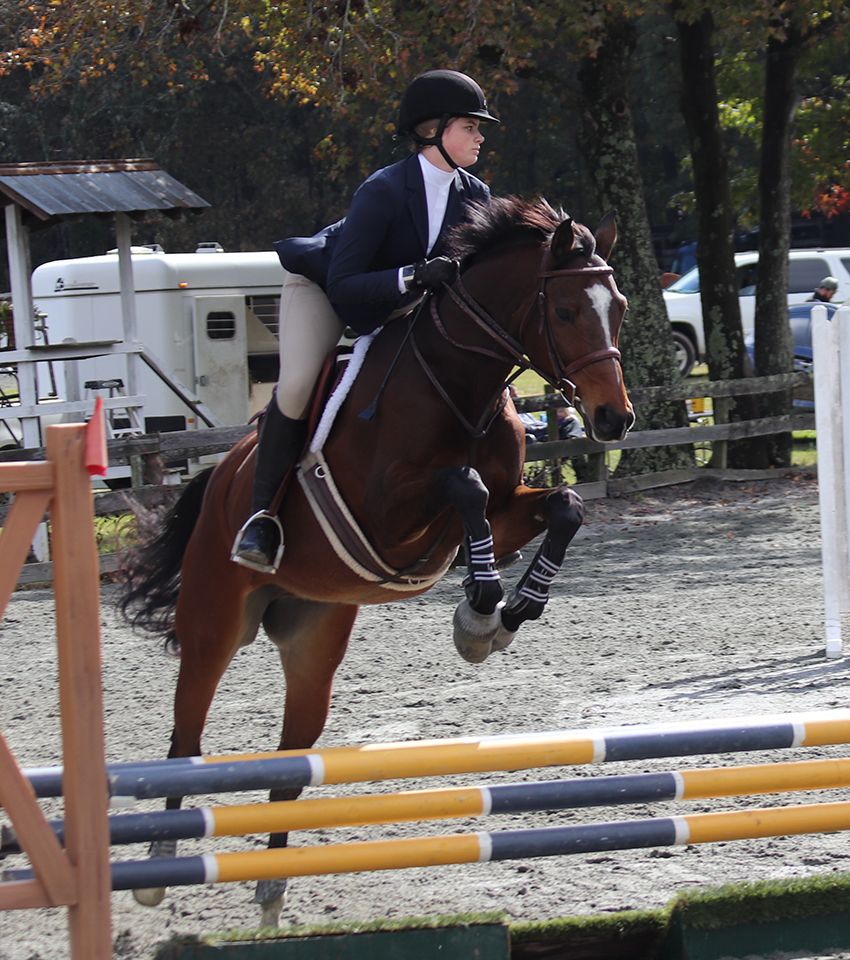 10/28/2018
Chatham Hall
Over this past weekend, five student-riders traveled to Sedgefield Show Grounds in Greensboro, North Carolina for the Haunted Classic Horse Show.
Traveling to the show were Ellie Johnson '19 and her horse Be Dazzled; Aly Lee '19 and Zoey Horn '22, who both rode Chatham Hall's Celtic Fiddler; Jolie Crisson '20 with her horse Tres Beau; and Annabele Whitehead '22, who showed Chatham Hall's Ramiro.
Despite a rainy start on Friday evening, the team had an excellent showing over the weekend. On Saturday, Johnson and Lee both won their Equitation Flat classes: the 15-17 and Beginner Equitation, respectively. Whitehead was first in one of her Low Children's Hunter rounds, and Johnson was third and second Under Saddle. Crisson placed third and fifth in her two Jumper classes, and Horn had some nice trips in the Long Stirrup Division. On Sunday, Crisson won her 12-14 Equitation Over Fences class, with Whitehead finishing second in the same class. Johnson also received third place finishes in both the Low Hunters and Under Saddle. The weekend was an overall success, with some strong moments from every rider and horse pair in the ring. The girls also demonstrated great teamwork in taking care of the horses. The IEA team will travel to Townley Equestrian Center on November 3 and 4, and will be back in the Mars Arena on Saturday, November 10 for our first home SWVHJA show of the season.
Back