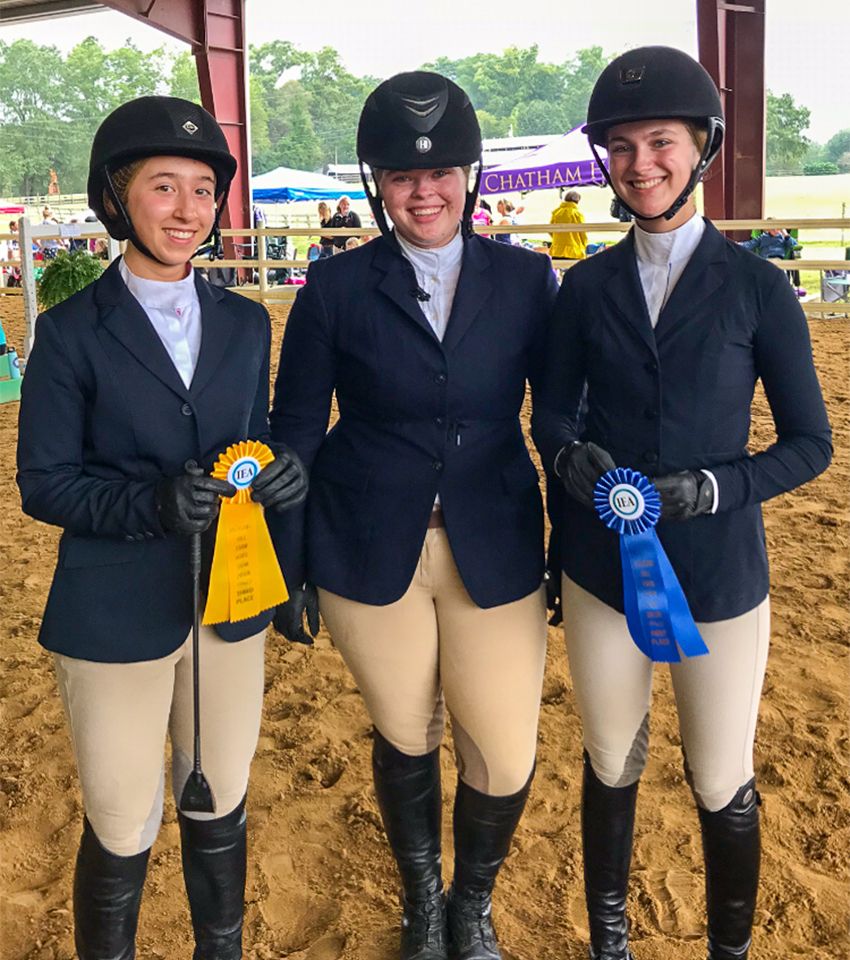 10/16/2018
Chatham Hall
The Chatham Hall Interscholastic Equestrian Association Team had their first horse show on October 6 at Pleasant Hill Farm in Hillsborough, NC.
There were many notable moments throughout the day, with strong rides by many of the riders. Starting off the day in the Open division, Caroline Hawthorne '19 received third in both flat and fences. In the Intermediate Division, Isabella Hubbard '19 grabbed a fourth over fences and won her section of the flat. Maddi Grossman '19 had a strong finish on the flat, earning a third place as well as a fifth over fences. In the novice class, Annabele Whitehead '22 finished second place over fences and third on the flat in her first horse show riding for Chatham Hall.
Other notable moments in the novice class included Ellie Johnson '20 coming in second in her first fences class, Zoey Horn ‘22 came in third and Piper Vogel '22 finished fourth in Novice Flat. Athena Critides '21 also had an outstanding day, coming in fourth over fences. To finish out the day of competition Julia Brown ’21 grabbed a fifth-place finish in her IEA debut in the Walk, Trot, Canter division.
At the end of competition, the team finished in third place. Overall, the show was a strong start to the year, many riders rose to the occasion and put in strong rides. The IEA team has a few weeks off before heading to the Townley Equestrian Center on the 3rd and 4th of November.
Back