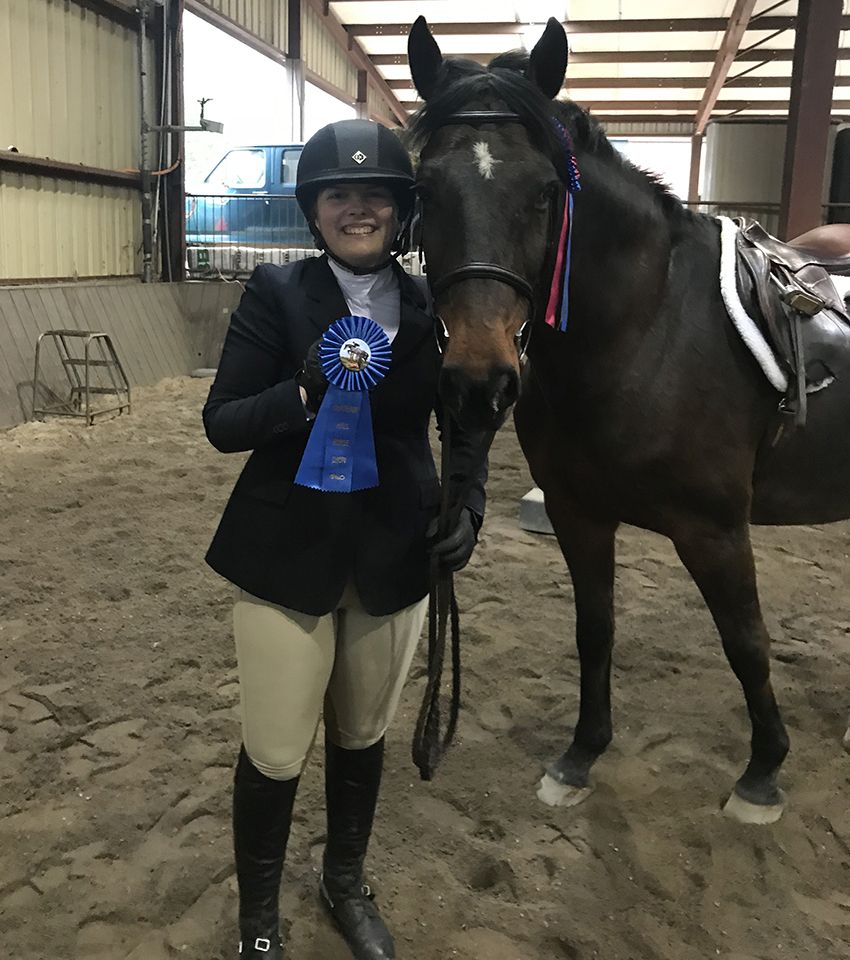 4/13/2018
Chatham Hall
On Saturday, April 7th Chatham Hall hosted its second Southwest Virginia Hunter Jumper Association open show in the Mars Arena.
The day started off with the Hunter Pleasure division, where Aly Lee ’20 was overall Champion riding Chatham Hall’s Boomer, Sarah Matejko ’21 was Reserve Champion with her horse “Art I Chocolatey.” Anna Song ’21 rode Chatham Hall’s Daisy in this division and earned a second place finish in her first horse show.
Next, three Chatham Hall students competed in the Pre-Beginner Equitation division. Bri Wagner ’21 on Kachina took top honors in two of the three classes and making her the Show Champion, with Caroline Hall ’21 as Reserve Champion on Woof, and Julia Brown ’21, aboard Omega, was second on the flat and third in both over-fences classes. In the pleasure hunter division, Gwen Werth ’21, with Chatham Hall’s Lenny, was Champion with wins in two of the three classes, Susie Wu ’18 aboard Americana was Reserve Champion,  and Lauren Lamothe ’18 also competed with Chatham Hall’s Earl. In the Chatham Hall Medal, Caroline Hawthorne ’19 took the blue, Isabella Hubbard ’19 was second, and Werth was third in a competitive class. Many students competed in the Chatham Hall Equitation flat class, most notably Wu took top honors, with Werth receiving second, and Maddi Grossman ’19 receiving third. Ellie Johnson ’19 was Reserve Champion of the Hopeful Hunters with Matejko receiving ribbons as well, including second in the over-fences class aboard her own “Art I Chocolatey.”
Finishing out the day in the Special Children’s division Johnson aboard “James Dean” had a clean sweep in the division, earning first in all three classes and the Champion title. Grossman earned Reserve Champion with her own “Secret Admirer,” Shannon Huth ’18 also competed with her own “Stella Luna.” In the Randolph Medal, Huth earned top honors; Johnson was second, Chandler Runnells ’19 was third and Grossman fourth. Overall, the day was a great success, with many exciting performances all around. Next up for the riding program, the IEA team will travel to National Finals in Syracuse on April 20 to 22.
Back