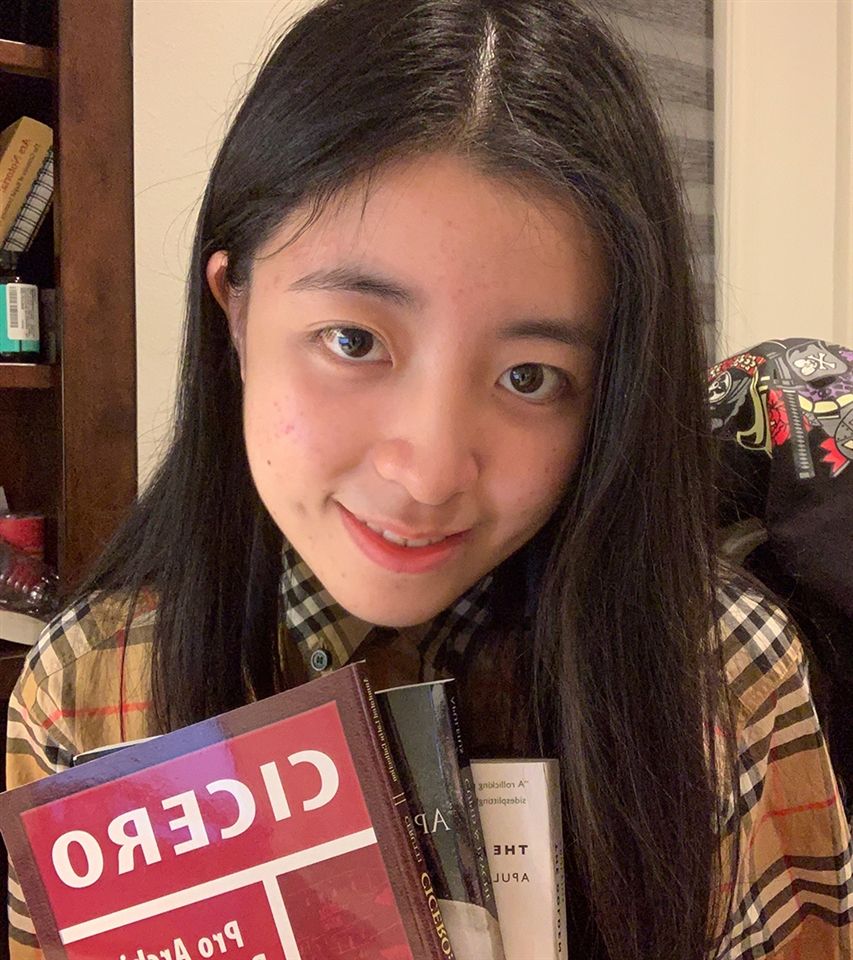 9/10/2020
Daphne Chen’s ’21 passion for the classics has led her from Chatham Hall’s classrooms to building the archives of the Latinitas Sinica with scholars at Beijing Foreign Studies University.
This past summer, Chen attended an intensive Latin program hosted by the Summer Language Institute of the University of Chicago. As part of her coursework, she translated Act IV of Seneca the Younger's Thyestes. Her unique translation, which she considers to be in a Lovecraftian horror style, was eventually published on a Chinese classics forum.
“I first read about the House of Atreus when I was young,” said Chen. “At that time, I couldn’t read English smoothly so I read in Chinese. Though the killing of family members and cannibalism shocked the young, ten-year-old me, there was something that I found appealing about the supernatural aspect. When I reread it last summer, I recognized the relationship between this piece and other horror or gothic genres that I read in school last year by Edgar Allan Poe and Shirley Jackson.”
Chen’s translation was in the style of writing created by H.P. Lovecraft, a twentieth century American horror writer.
“His archaic writing style usually contains rarely used words and heavy descriptions on objects in order to create a somber atmosphere,” said Chen. “To me, Lovecraftian horror is one of my favorite styles of writing. I like the powerful feeling it brings to me by showing the greatness of the unknown.”
Following Chen’s presentation of her translation, and its subsequent publication online, she began translation work with professor Michele Ferraro of the School of European Languages and Cultures at Beijing Foreign Studies University.
“He asked for my help to translate from Latin into Chinese,” said Chen. “It has been a wonderful experience as we have been building more archives for his Sinology project Latinitas Sinica, the most complete source of Latin writings specifically about China and Chinese culture.”
In addition to translations, Chen has also recently taken on learning Greek.

“Studying Latin and Greek is a really fun process,” she said. “Since English is not my native language, learning Latin and Greek really helps me to build up my vocabulary and understand more about Western literature. My study of Greek and Latin not only provides me a better understanding of Western religion, culture, and philosophy, it also helps me to understand my own culture. Through my involvement in the Latinitas Sinica project, I have been able to learn how others viewed and thought about China and its culture.”
Back