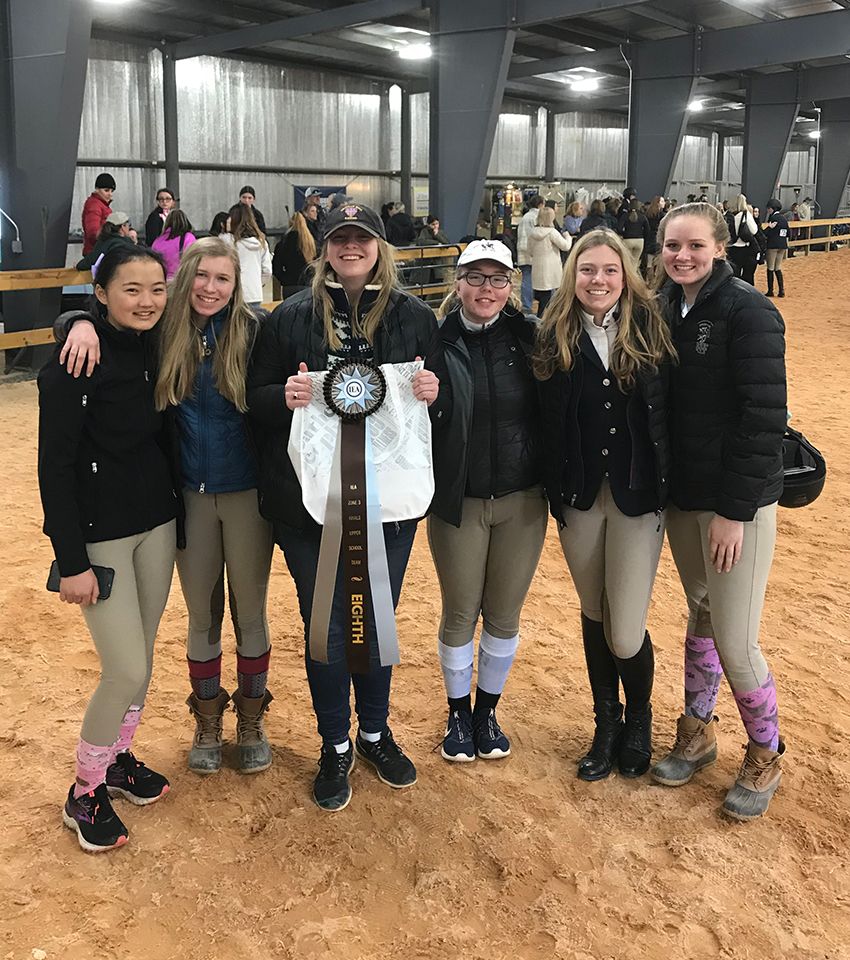 3/1/2020
Chatham Hall
The IEA team traveled to Zone Finals this past weekend at Liberty University in Lynchburg to compete against fourteen other high school teams.
The competition started off with individual classes where the girls who qualified from Regional Finals rode against other riders for one of two spots to National Finals. Annabele Whitehead '22 started off the competition with a strong showing in Individual Intermediate Over Fences, where a second-place finish got her a spot to Nationals. Whitehead then rode in Intermediate Flat where she made it through the first round to finish sixth on Sunday morning. Julia Brown '21 had a strong ride in the qualifying round of Individual Walk Trot Canter, earning her a spot in the callback on Sunday. She rode strong but a tough test on a new horse meant she came away with third place, an awesome accomplishment but just shy of a spot at Nationals.
The team competition on Sunday morning started out with Zoe Holliday '21 grabbing a sixth in Open Flat out of a hugely competitive field and then a fourth-place finish in Open Fences, a strong start for the team. Whitehead came next and, with the same tough draw in both her Intermediate Flat and Fences classes, finished out of the ribbons. In team Walk Trot Canter, Brown grabbed a sixth for the team in a crowded class. Piper Vogel '22 rode next for the team in Novice Flat and had a beautiful showing, grabbing eighth for the team. To finish out our day Kensington Nelson '22 had a lovely ride and finished third out of a hard Novice Fences class. The team stayed strong throughout the day and ended up taking home eighth. This concludes the team competition for IEA for this school year, but we are very excited to be cheering Annabele on at National Finals April 17.
Back