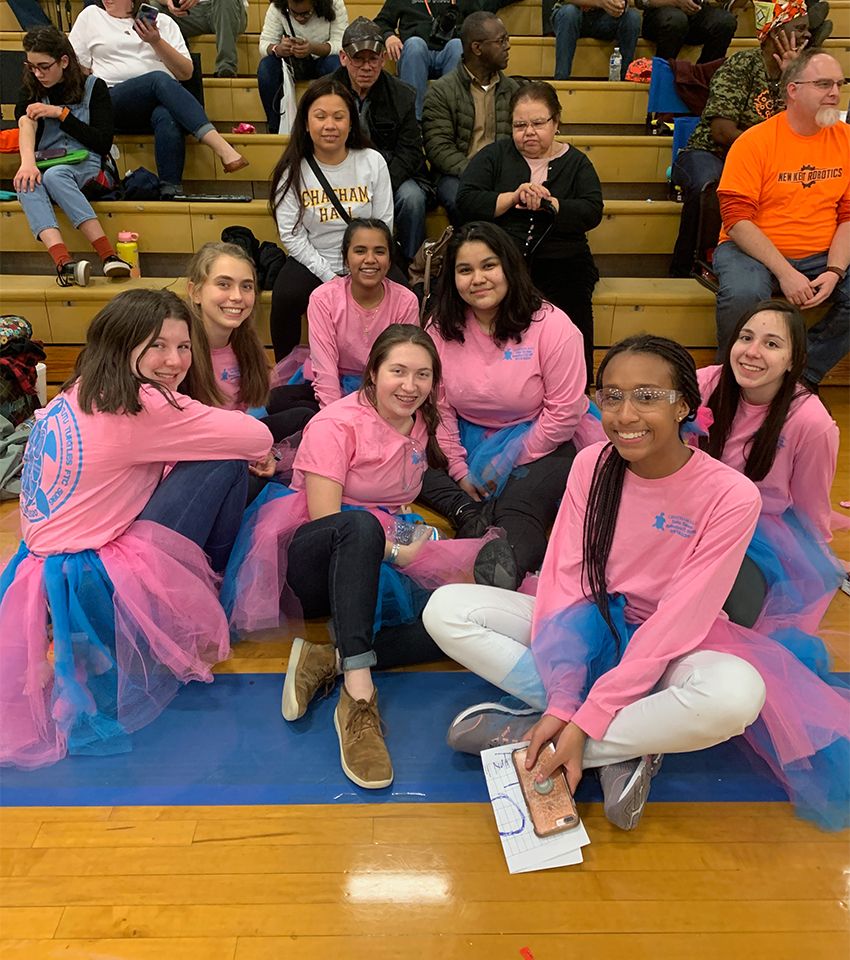 2/22/2020
Chatham Hall
On February 22, the Tutu Turtles Robotics team traveled to Mechanicsville, VA for the Virginia FTC State Meet.
The robot drive team was led by Andi Fiani ‘20 operating the wheels, with Quiana Rodriguez '21 working the arms, Whitney Byington '22 serving as Pit Captain, and Ellie Larsen '22 coaching the team throughout the game. Additionally, Camille Neal-Harris ’21 served as the team’s analyst, with Dora Amezaga Mendoza '22, Lainey Martin ’22, Sloan Berry '21, Marland Bustamante '23, Estelle Mason '23, and Riquel Owusu '23 working as the Scouting Team. After a tough day of competition, Chatham Hall won two of five matches.
The State Meet marked the end of the season for the Tutu Turtles. Team mentors Molly Thomas and Dan Waters were impressed by the outstanding work of their team throughout the season, with Thomas commenting, “At the state competition the team worked together, scouting, driving and exhibiting the values of FIRST and Chatham Hall. Overall, it’s been an exciting season playing the game of SkyStone with teams from around the state and beyond. We appreciate the support and interest  we received from the Chatham Hall community.” For updates on the Tutu Turtles Robotics team, be sure to follow @ftc5086 on Twitter.
Back