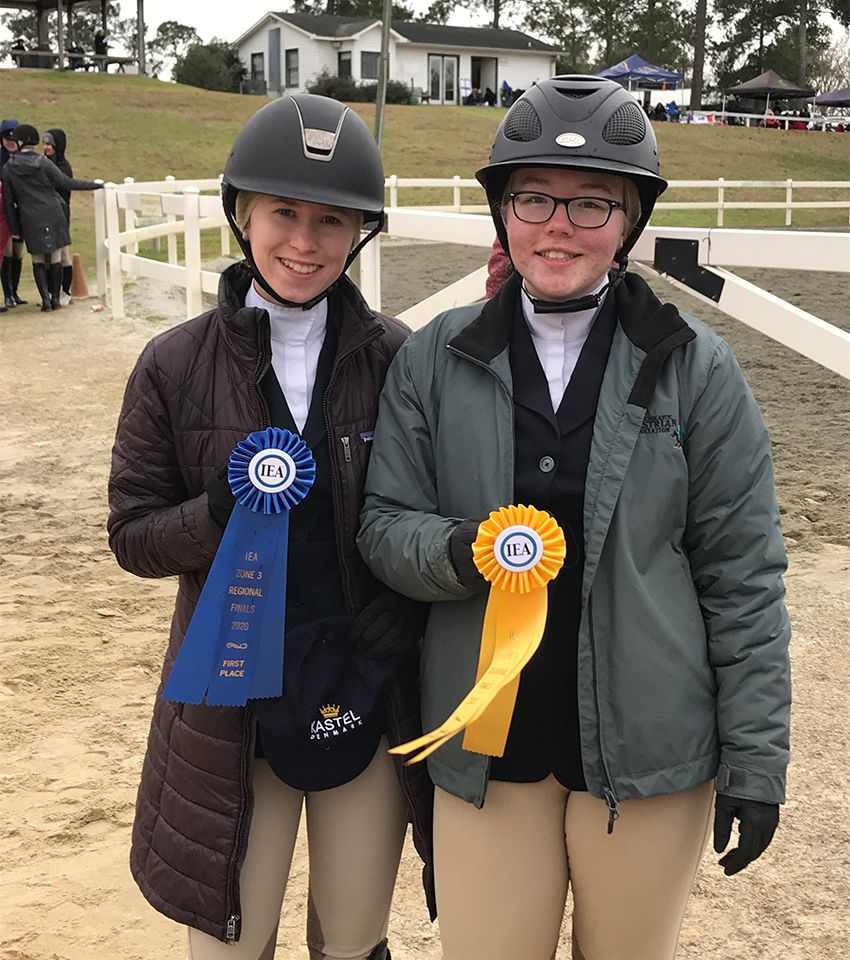 2/9/2020
Chatham Hall
Over the past weekend, members of the Interscholastic Equestrian Association team traveled to Camden, South Carolina for Regional Finals.
Eight girls qualified in individual classes and competed on Sunday, while one rider from each of the seven classes was chosen to represent Chatham Hall in the team competition on Saturday. The team competition started off with Piper Vogel '22 in Novice Flat, with a tough draw Piper secured fourth place, earning the team 3 points. Kensington Nelson '22 also grabbed fourth in Novice Fences for the team. To finish out the morning, Julia Brown '21 took home the win in Walk, Trot, Canter adding an additional seven points to the team’s total. The afternoon saw Zoe Holliday '21 grabbing a well-deserved third place ribbon and 4 points for the team. Annabele Whitehead '22 then took home the win in Intermediate Flat again garnering seven additional points for the team. In Open Over Fences, Holliday had a strong ride, earning her fifth in the class. Annabele Whitehead took on the last ride for the team and grabbed one more win for the team, making Chatham Hall the Team Champions by just two points.
On Sunday, the girls competed as Individuals in various classes,  with top honors earning them spots to continue on to Zone Finals. Starting off the day, Whitehead took home the win in Intermediate Flat, earning the first spot onto Zone Finals. Jolie Crisson '21 also competed in Intermediate Flat, and with a strong ride she took home sixth. In Open Fences, Holliday had a lovely first four jumps, ended up in fifth place thanks to an unfortunate stop. In Intermediate Fences, Whitehead took home a fourth win and a second spot to Zone Finals as an individual. In the afternoon Nelson had a strong showing in Novice Fences and ended up third, only just behind the top two finishers. Three riders competed in Novice Flat, Vogel, Ellie Johnson '20 and Eve Dunnagan '23. Johnson took home fifth place while Vogel grabbed sixth. Brown competed as an individual in Walk Trot Canter, and took home her second win of the weekend, earning her a spot at Zone Finals as an individual. The team and individual riders will be competing at Zone Finals at Liberty University in Lynchburg, VA February 29th and March 1st. Follow along on twitter @RideChathamHall for live updates.
Back