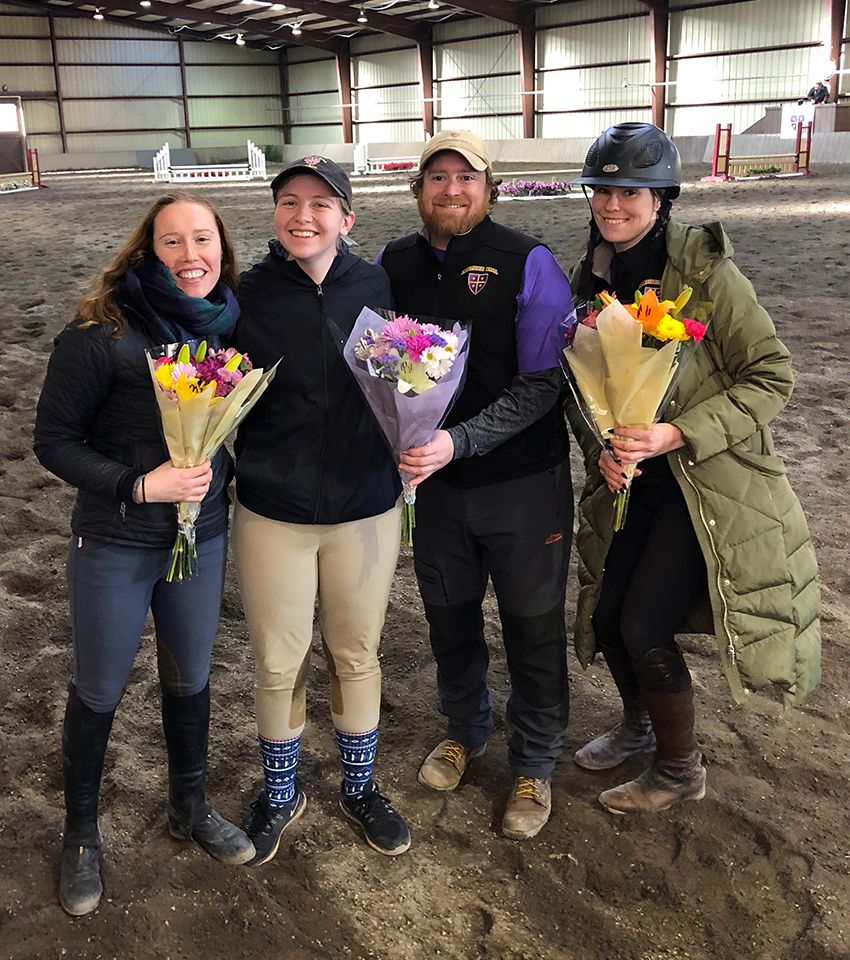 1/25/2020
Chatham Hall
The Interscholastic Equestrian Association Team hosted their final two regular-season shows at Chatham Hall on January 25 and 26. The shows were the last chances for riders to qualify for Regional Finals.
On Saturday, Caroline Hall '21 started the day off strong with a second in Walk Trot Canter. Ellie Johnson '20 took home the blue in Novice Flat, with Piper Vogel '22 grabbing second. Johnson also finished first in Novice Fences to finish out the morning of showing. Annabele Whitehead '22 kicked off the afternoon with a win in Intermediate Flat, making this the fifth win out of all five flats in which she has entered this year. Whitehead finished out the day with a second-place in Intermediate Fences, qualifying her for Regional Finals. At the end of the day, Chatham Hall tied for Champion but ended up taking home the overall win with a higher number of points over fences.
The showing continued Sunday morning with the Walk Trot Canter, where Julia Brown '21 finished second and Anna Song '21 grabbed a fourth. Sarah Matejko '21 had a strong ride in Intermediate Flat, earning her a third-place finish in a crowded field of competitors. Johnson kept up her weekend of impressive rides with a second in Novice Flat, officially qualifying her for Regional Finals. Vance Luster '23 took home the win in the second section of Novice Flat with a very strong ride. Over fences, the novice riders kept up strong showings with a second-place for Luster, and a win for Kensington Nelson '22 in Novice Fences. Zoe Holliday '21 finished out the day strong for Chatham Hall with a third in Open Fences. The team finished Reserve Champion overall. The IEA team wrapped up the day celebrating Ellie Johnson's Senior Day, with a moving recognition of the pivotal leadership role she has played on the team throughout her time at Chatham Hall.
Back