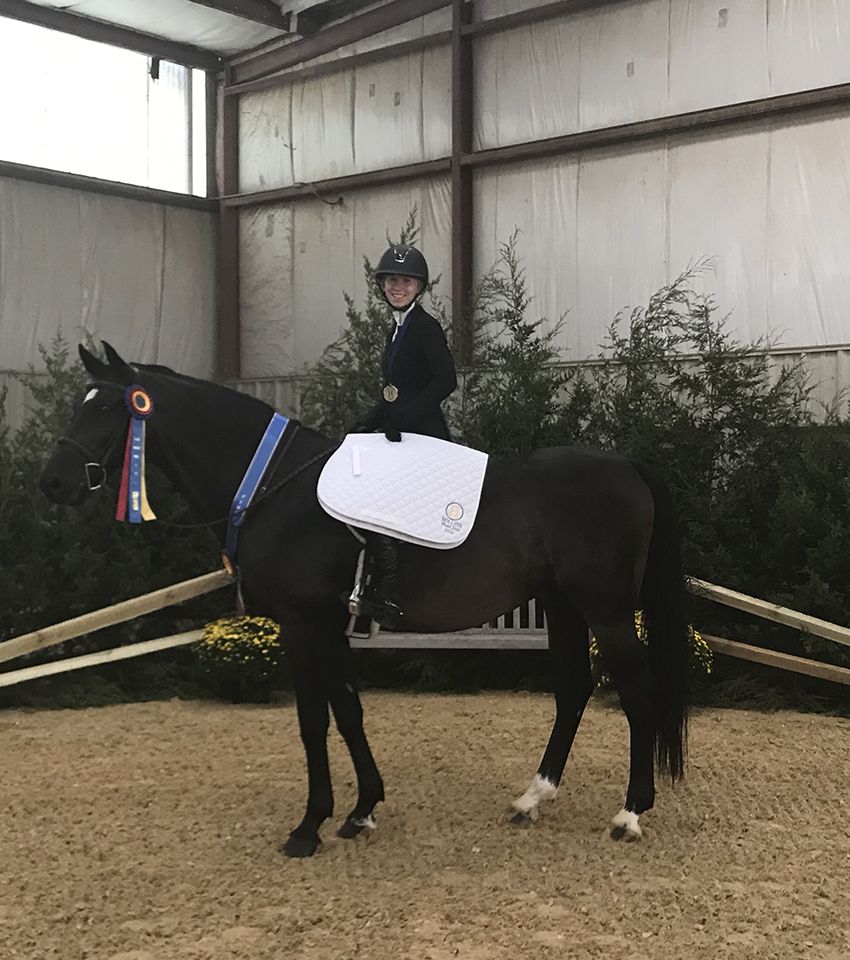 10/11/2019
Chatham Hall
On the last weekend in September, five Chatham Hall riders qualified for the Hollins University Medal Finals at Hollins University outside of Roanoke.
These five girls traveled to the university to represent Chatham Hall in several classes of competition. First off, Annabele Whitehead '22 took home the blue in the warm-up class, with a strong trip on her own horse, Gunther. Up next was the Hollins Hunter Derby, where, amidst quite strong competition, Jolie Crisson '21 and her horse, Tres Beau, came in third and Whitehead finished second. The final class of the day was the Medal Final, which started with an over fences stage followed by a performance on the flat. After both phases Ellie Johnson '20 and Be Dazzled ended up sixth, Zoe Holliday '21 and Chatham Hall's Royal Step were fifth and Whitehead and Gunther were Champions.
The riders overall had an excellent first away horse show of the season. The riding program has several IEA shows in the next few weeks, as well as the first South West Virginia Hunter Jumper Association horse show of the year which will be hosted at Chatham Hall on October 20th.
Back