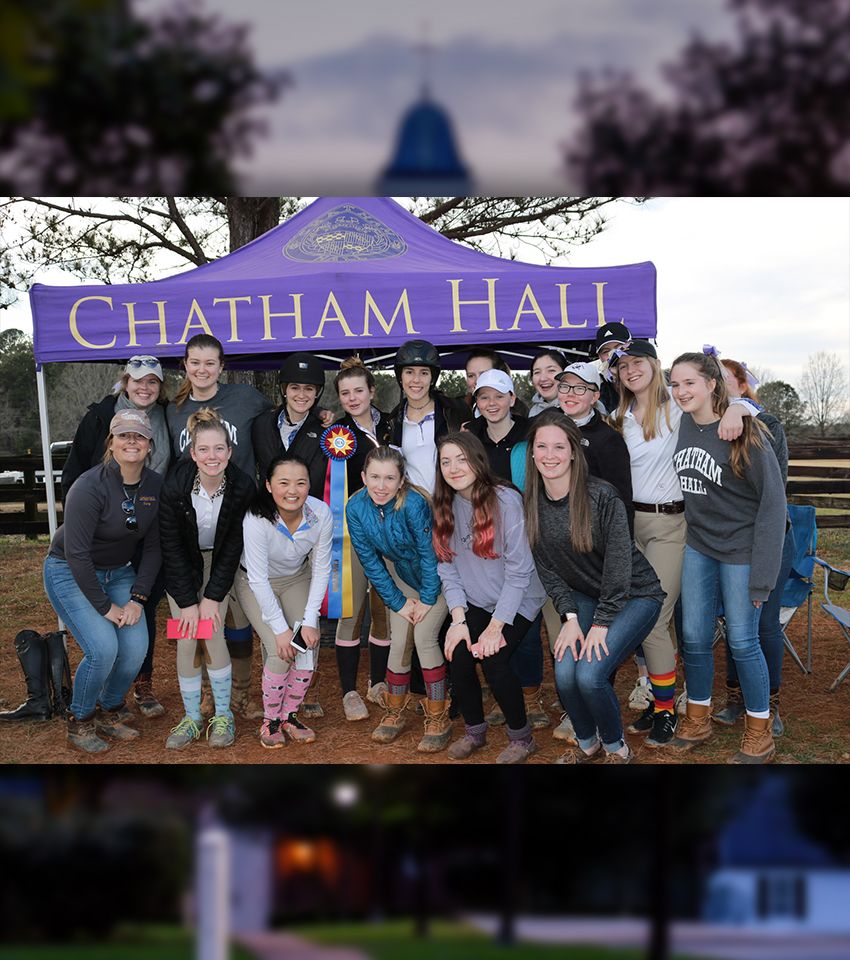 3/2/2019
Chatham Hall
On March 2, the IEA team traveled to MacNairs Country Acres in Raleigh, NC for Regional Finals.
The competition was fierce, with five teams separated by only two points going into the last class. To start off the morning Caroline Hawthorne ’19 earned a second in open fences, with Isabella Hubbard ’19  answering in turn, clinching second in Intermediate Fences. Annabele Whitehead '22 finished out the over fences classes with a fourth in the novice division. Lily Porter '19 started off the afternoon classes with a boom, grabbing third in a competitive open flat class. The rest of the afternoon fell into place after that, with Kensington Nelson ’22 securing third for the team in Novice Flat, and Hubbard taking the blue ribbon in the Intermediate Flat. The final class of the day was Walk Trot Canter, and, with everything hanging on the results, Julia Brown '21 earned the blue ribbon. That win meant seven points for the team, sealing Chatham Hall as the Region 6 Champions for the second consecutive year. With the win, Chatham Hall will travel to Zone Finals as a team to be held at Liberty University in Lynchburg, VA on March 30 and 31.
Thirteen students rode individually, six of whom also represented Chatham Hall in the team classes. Individual results were strong throughout the day, Hawthorne was second over fences and third in Open Flat. Hubbard had two beautiful individual rides, earning her a win in both intermediate flat and fences. In a competitive Intermediate Flat Class, Zoe Holliday ‘21 earned seventh with a strong ride. In the Novice fences division, Nelson placed third, with Ellie Johnson ’20 following up in seventh. Whitehead placed first in Novice Flat, Nelson second, Zoey Horn '22 in fifth, and Piper Vogel '22 finishing eighth. In Walk Trot Canter, Aly Lee '20 was third and Brown was fifth. Those riders who earned first or second in their individual class will advance to Zone Finals at the end of March.
Back