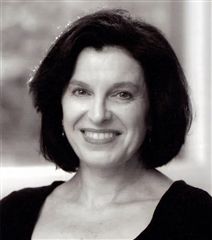 A Pulitzer Prize-winning poet and the 2008 Virginia Poet Laureate, Claudia Emerson ‘75 was an ardent ambassador for Chatham Hall and celebrated her love for the School through her poetry and advocacy. Her ties to Chatham Hall run deep. In addition to her time as a student, she was the academic dean and head of the English department from 1996-1998 and served on the Board of Trustees from 1998-2004. She shared her love of writing as the Writer in Residence in its inaugural year in 2003-2004 and again in 2008-2009.
“We remember Claudia as quiet but very strong. She was wise, brave, and humble. She was a natural and gifted teacher, and available to any who sought her out. We remember her infectious grin, lovely southern accent, and love for her guitar and music. We’ll never forget her reading selections from the yet to be published Figure Studies during a Reunion Chapel service.

Emerson was awarded the Pulitzer Prize in poetry in 2006 for her third collection of poetry, Late Wife, a series of poems examining one woman’s emotional and personal overlap of past and present. In 2008, she was selected as Poet Laureate of Virginia.
Most recently a professor of English at Virginia Commonwealth University, Emerson was previously a professor and the Arrington Distinguished Chair in Poetry at the University of Mary Washington, where she taught from 1998-2013. After graduating from the University of Virginia with a degree in English, she managed the First Edition used bookstore in
Danville and worked as a rural mail carrier. She went on to graduate school and earned a master’s degree in poetry from the University of North Carolina at Greensboro.