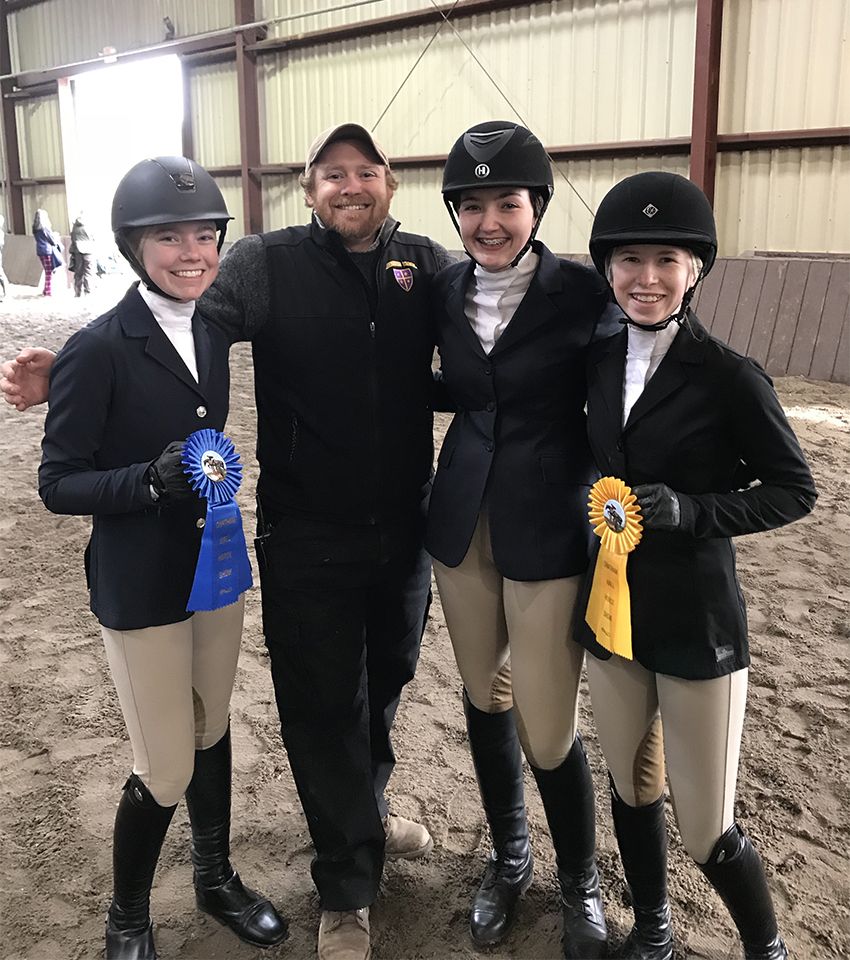 1/9/2019
Chatham Hall
The IEA team hosted seven teams from  North Carolina and southern Virginia in the first home show of the season on Saturday, December 8 at the Mars Arena.
The day started off with Walk Trot Canter, where Caroline Slicer '19 came in third in her first IEA show, Caroline Hall '21 was fourth and Julia Brown '21 finished first. In Novice Flat, Gwen Werth '21  came in fourth, Ellie Johnson '20 finished third and Kensington Nelson '22 won the class. Over fences, the Novice girls grabbed some nice ribbons with Nelson finishing second, Annabele Whitehead '22 in third, and Sarah Matejko '21 in sixth. In the second section, Zoey Horn '22 was also sixth, while Werth grabbed a fourth. Three riders competed in Intermediate Flat and Fences, where Saige Grande '20 won her section over fences with a strong trip, Jolie Crisson '21 came in third with Zoe Holliday '21 in fourth. On the flat, Grande was fourth, Crisson second, and Holliday in first for the win. To finish out the day, Lily Porter '19 competed in the Open Division, earning a third on the flat and a fifth over fences. The team finished out the day with a solid lead and were awarded the champion ribbon at the end of the competition. The entire team worked tirelessly throughout the day to put on a very well run horse show and provide a great experience for the visiting teams and spectators.
The IEA team will host two more home horse shows on January 26 and 27 before heading to the Regional Finals on March 3 at MacNairs Country Acres in Raleigh, NC. The team has qualified for regionals earlier this year by earning over 22 points throughout the regular season, and, additionally, several riders will compete as individuals by earning 18 points during their five regular season shows. To date, five riders have crossed the point threshold to qualify as individuals: Caroline Hawthorne '19 in Open fences, Isabella Hubbard '19 in Intermediate flat and fences, Ellie Johnson '20 in Novice fences, Kensington Nelson '22 in Novice Flat and Fences and Julia Brown ‘21 in Walk Trot Canter.
Back