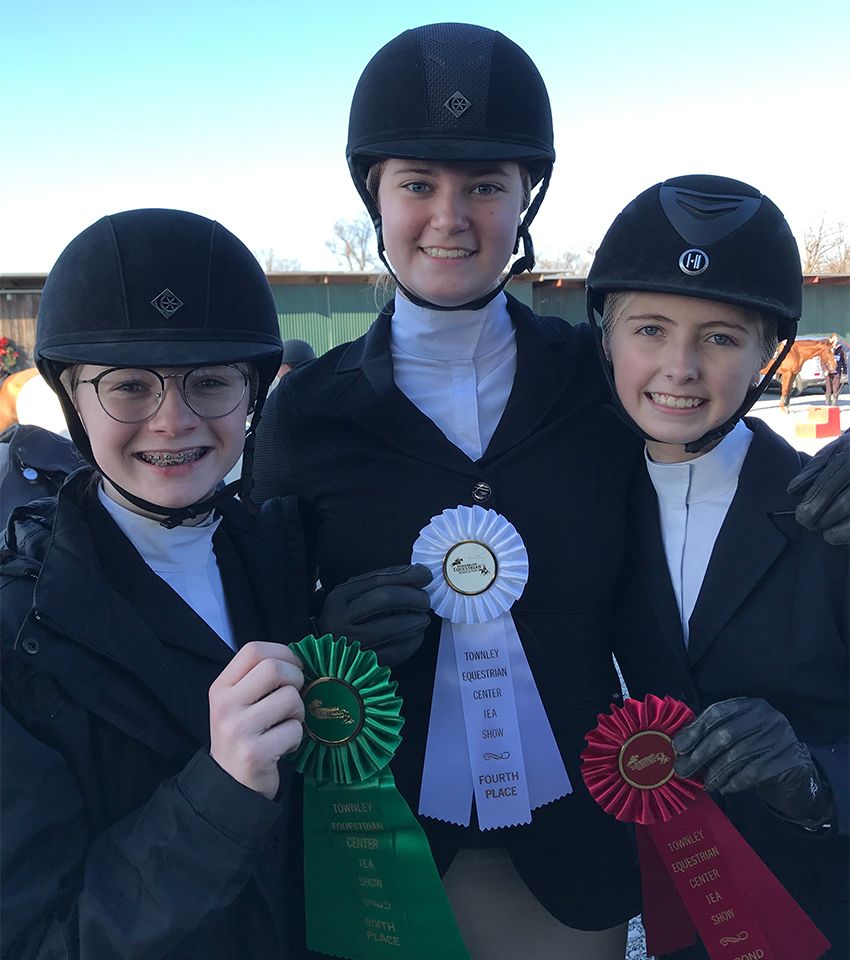 12/7/2019
Chatham Hall
Last weekend, the IEA team traveled to Randleman, NC for the final horse shows of the year.
Many girls throughout the weekend of showing qualified for Regional Finals by accruing 18 points in each of their classes over the course of the regular season. At this point in the season, with two more chances to qualify at our home shows, the following riders have qualified: Julia Brown '21 in Walk Trot Canter, Piper Vogel '22 and Eve Dunnagan '23 in Novice Flat, Kensington Nelson '22 in Novice Fences, Annabele Whitehead '22 and Jolie Crisson '21 in Intermediate Flat and Zoe Holliday '21 in Open Fences. These riders will compete in Regional Finals on February 8th and 9th in Camden, South Carolina.
Other notable results from Saturday include Annabele Whitehead ’22 earning the win in Intermediate Flat. In Novice Flat, Eve Dunnagan ’23 was second, Ellie Johnson ’20 was third, and Zoey Horn ’22 was fourth. On Sunday Zoe Holliday '21 started out the day with a fourth in Open Fences, Jolie Crisson '21 then grabbed a second in Intermediate Fences, and Kensington Nelson '22 was second in Novice Fences. The afternoon of flats had Crisson grabbing a second with a lovely ride in Intermediate Flat. In Novice Flat, Vogel was second, while Dunnagan took home the win. The team rounded out the day with Walk Trot Canter where Caroline Hall '21 finished second and Hannah Summerlin '21 third. Despite being a very busy weekend for the girls, each rider brought good energy and focus to their rides, and the team supported each other tremendously well. Chatham Hall looks forward to hosting two horse shows at home on January 25 and 26 to finish out the regular season of competition.
Back