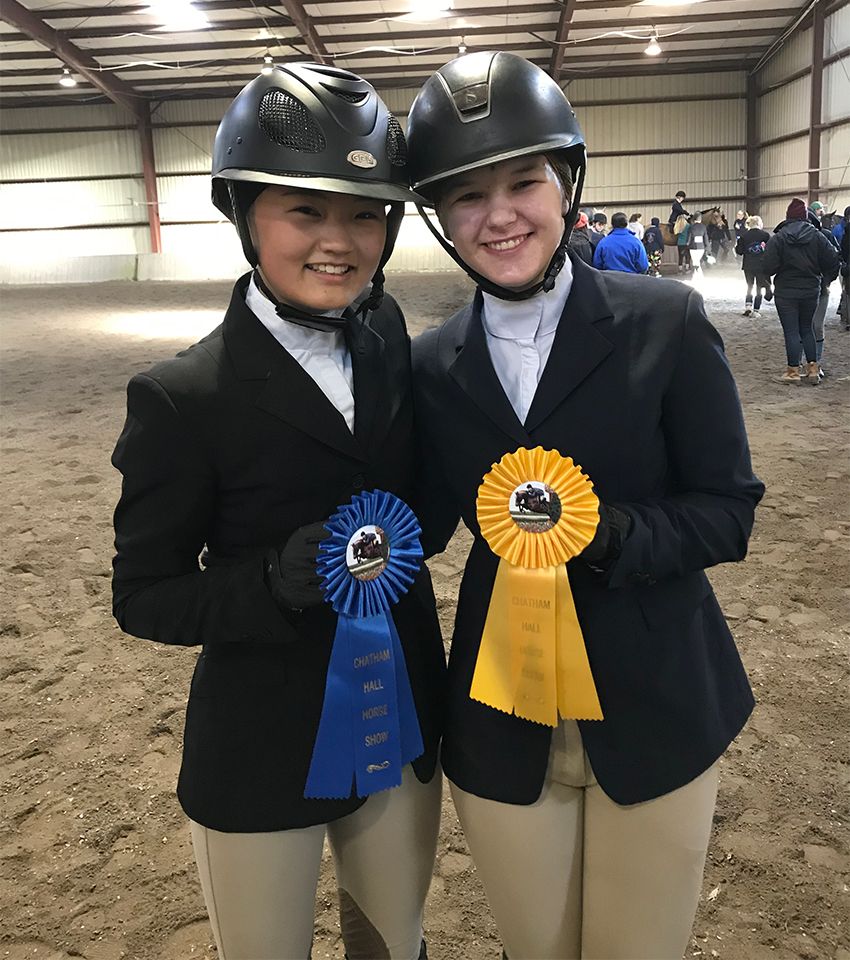 11/2/2019
Chatham Hall
The Interscholastic Equestrian Association Team had their first home horse show of the season in the Mars Arena on Saturday.
The show started with strong performances by four riders in the Walk Trot Canter division. Carolyn Whatley '23 placed second, while Julia Brown '21 took home the win, qualifying her for Regional Finals in February. Additionally, Anna Song '21 grabbed a fourth while Hannah Summerlin '21 finished third, both in their first-ever IEA shows. In the Novice Division, three riders saw strong finishes on the flat, with Piper Vogel '22 and Vance Luster '23 both finishing second in their respective sections while Zoey Horn '22 was third. In the over fences portion, a beautiful ride by Kensington Nelson ’22 earned her the win, Vogel placed second, and Horn fourth, which finished out the morning's classes.
The Open Flat kicked off the afternoon, where Mikayla Horvath '21 placed fourth while Willa Schweitzer '23 was sixth. In Intermediate Flat, Chatham Hall riders took home wins in both sections. Jolie Crisson '21 performed a lovely flat ride on a hard horse to win the first section and Nelson took home the win in the second section. In Intermediate Over Fences, Crisson grabbed fourth. The day finished with the Open Over Fences, where Hovarth placed sixth while Schweitzer took home second. The team wrapped up the day overall champions with consistency throughout. This win on Saturday sends the team to Regional Finals in February.
Back