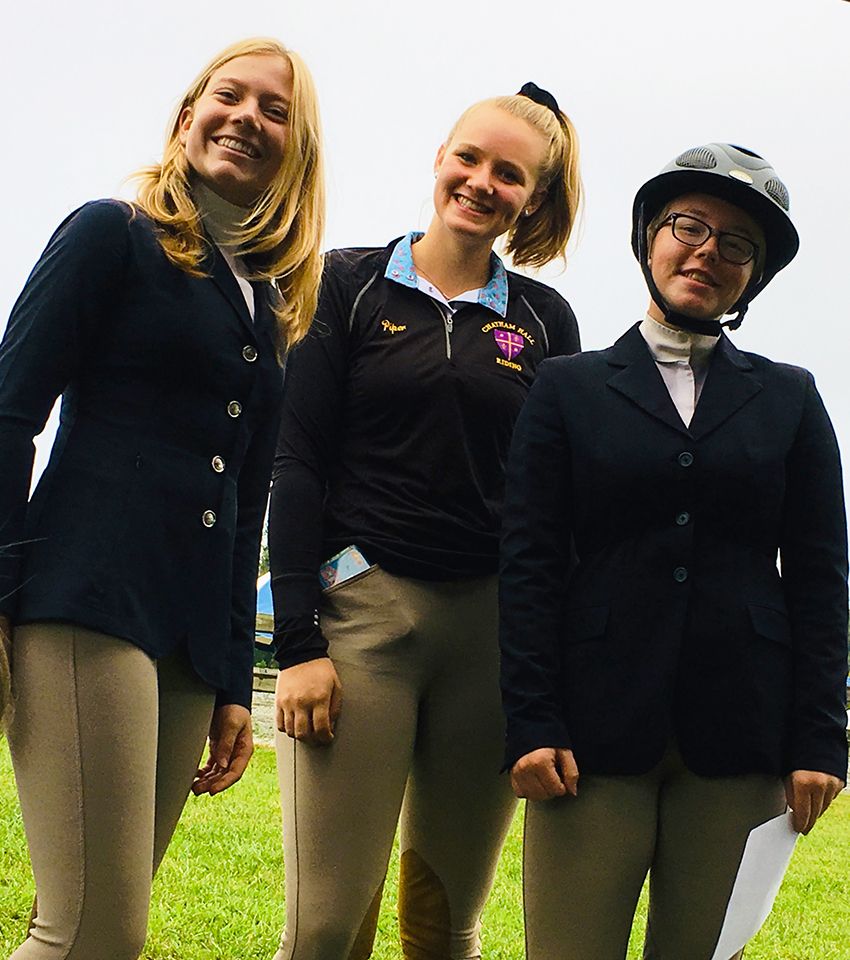 9/18/2019
Chatham Hall
The Interscholastic Equestrian Association team kicked off their show season with a competition at Sedgefield Show Grounds against six other teams.
The team came out strong, with wins in multiple classes and an overall team win for the day. Notable results from the morning include Zoe Holliday '21 grabbing the win in Open Fences, Annabele Whitehead '22 placing first on the flat and third over fences in the Intermediate Division, and Kensington Nelson '22 coming in second on the flat also in Intermediate. Additionally, Sarah Matejko '22 placed fourth, and Jolie Crisson '22 sixth, in Intermediate Fences.
The afternoon of showing kicked off with a win for Nelson in the Novice Fences class and Piper Vogel '22 coming in third over fences, and second on the flat, in the Novice Division as well. The team finished out the day with riders in the Walk Trot Canter division. Julia Brown '21 took home the win out of 11 riders, Vance Luster '23 placed fifth, Caroline Hall '22 sixth, and Livvy Craven just out of the ribbons due to a tough wrong lead. The team did an amazing job of cheering each other on throughout the day and showed what a strong team spirit they have developed already. The next IEA competition will be held on the 5th of October at Pleasant Hill Farm in Hillsborough, NC.
Back