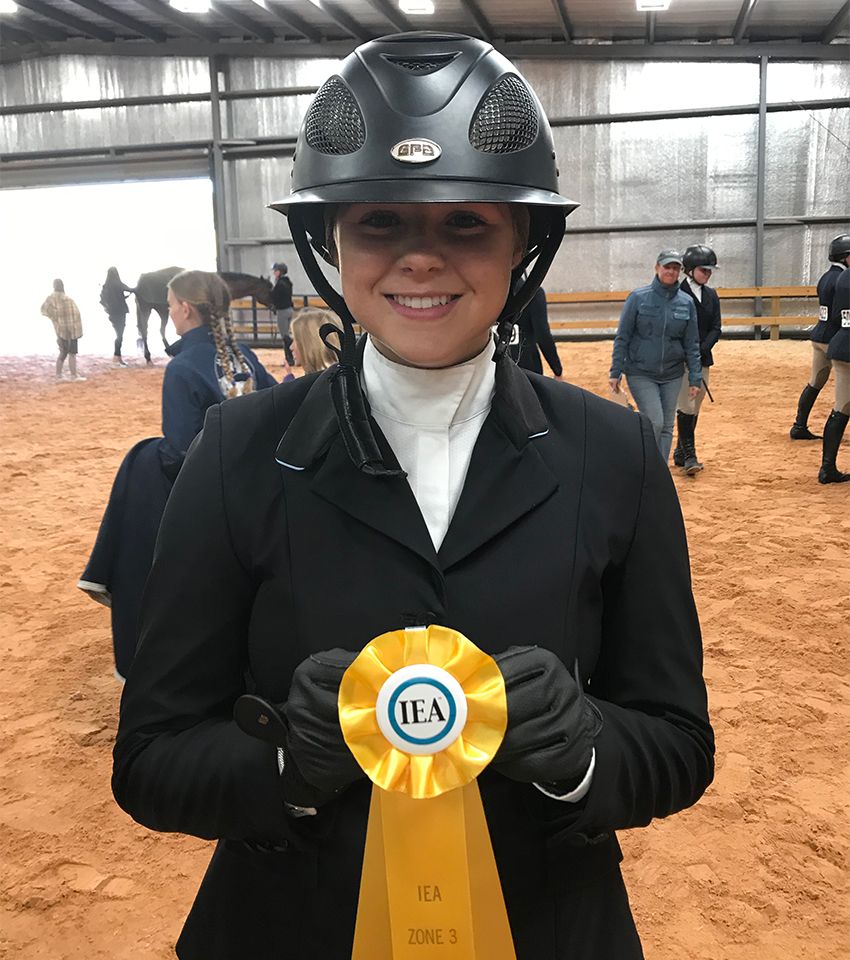 3/31/2019
Chatham Hall
The IEA team traveled to Liberty University's Equestrian Center in Lynchburg, VA for Zone Finals on Friday, March 29th.
The Individual Competition took place on Saturday and kicked off with Isabella Hubbard '19 winning the Intermediate Fences class, earning her a place at National Finals. Additionally, Hubbard competed in Individual Intermediate Flat, where she was awarded the second place ribbon and securing a second ride at Nationals. Annabele Whitehead '22 and Kensington Nelson '22 both qualified for Individual Novice Flat at Zones. The class was separated into heats and Whitehead was asked to join the callback class on Sunday morning, where she finished fifth.
On Saturday night, Chatham Hall Coaches, Miss Emma Lane Poole and Miss Frankie Beyer, competed in the first annual Coach Equitation Challenge. The Challenge offered a fun chance for the coaches to show off their equitation prowess. The class started off with 17 coaches showing on the flat, and the top 8 were called back to jump. Poole made the callback and showed a strong trip over fences, earning her a fifth-place ribbon. The class was lots of fun for all and gave the IEA riders a chance to experience what it is like to coach competitive riding.
The team competition took place on Sunday, with Open Flat and Fences starting off the day. Lily Porter '19 missed a ribbon on the flat due to a tough wrong lead; however, she came back strong to earn third in Open Fences. Isabella Hubbard represented the team in Intermediate Flat and Fences, where she grabbed third on the flat. Kensington Nelson '22 rode for the team in Novice Flat. With a beautiful ride on a tough draw, she grabbed eighth. Julia Brown '21 rode for the team in the Walk Trot Canter and snagged seventh with a strong consistent ride. Last to ride for the team was Annabele Whitehead '22 in Novice fences, where she grabbed fourth with a consistent trip. The team finished seventh overall out of 12 teams who qualified for Zones. The IEA team will travel to the National Finals on April 25 to support Hubbard’s flat and over fences rides.
Back