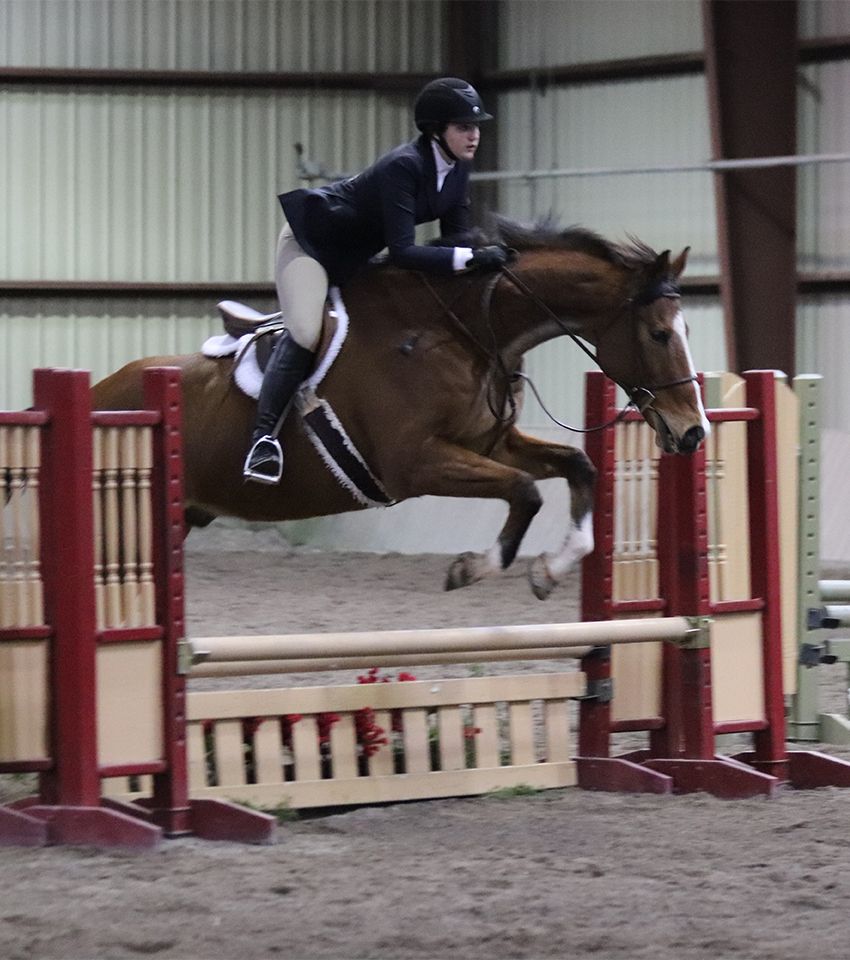 2/16/2019
Chatham Hall
On February 16, Chatham Hall hosted a South West Virginia Hunter Jumper Association rated show at the Mars Arena.
The riding program welcomed riders from throughout Southwestern Virginia and offered Chatham Hall riders the chance to show on both school and privately owned horses. The day started off with the Junior Hunter Pleasure division, where Aly Lee ’20 was champion. With a win in two of the three classes, Hannah Summerlin ’21 grabbed two thirds and a second in her first competitive horse show. Anna Song ’21 had some nice ribbons on Chatham Hall owned Zeke as well. Sophomores Caroline Hall and Julia Brown had some nice rounds in the Beginner Equitation division and where Hall grabbed a second and won the Chatham Hall Mini Medal. Brown finished second in the flat, and third and fourth over fences. Also in the Chatham Mini Medal, Gwen Werth ’21 was second, Sarah Matejko ’21 third and Zoey Horn ’21 was fourth. In the intermediate hunter division, Horn was Reserve Champion, and Werth grabbed a third and fourth over fences. Despite a last-minute horse switch, Matejko secured a win in the second trip on Chatham Hall's Scout.
All of the Chatham Hall riders participated in the equitation on the flat class, where Annabele Whitehead ’22 took home the blue, Brown the red, and Hall the yellow. The Special Children's division finished out the day, where Ellie Johnson ’20 took home the Champion ribbon with her horse Be Dazzled, while Whitehead finished Reserve Champion riding Ramiro. Kensington Nelson ’22 also had some nice rides on Chatham Hall's Earl. Finally, Jolie Crisson ’21 and her horse Beau were the winners of the Randolph College Medal. Overall the day was a great success with lots of moments of learning and growth for our riders.
Back